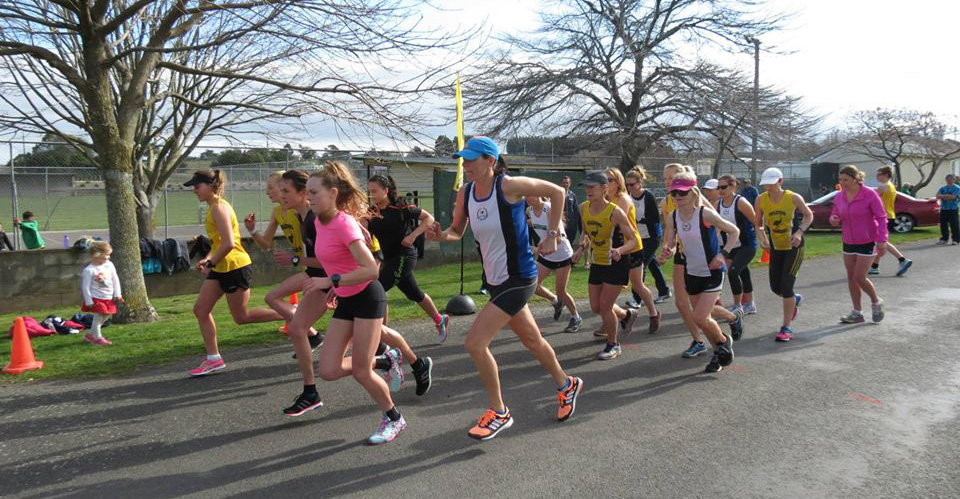 The Whanganui Harrier Club was established in 1925 and has had a long and proud history in the River City. William Wallace Bramwell was one of those early pioneers and his name lives in perpetuity in the form of the Bramwell Teams Trophy, which is one of the important dates on the Club calendar. Like all Clubs it has been through highs and lows in terms of membership and achievements but after 92 years it still remains in good heart with membership of around 100. The Club has numerous homes over its’ history but more recently has been based at the old Wanganui Tennis Club site at Victoria Park in Parsons Street.

In the early days up until the late 1960’s, the Club was a young mans’ domain but as society has changed this has seen a shift to a more family friendly environment. The acceptance of womens participation, veteran age groups and walking has seen a change in face of the Club. The family unit has become the all-important component of the membership with all branches catered for.
The Club has also had strong ties with other Harrier groups with the likes of Hutt Valley Harriers prominent through the competition for the Carr Shield. The Club has also competed annually at the likes of the Dorne Cup at Trentham, the Hughes Memorial at Hawera and the North Island Cross Country Champs in Taupo.

Over the years the Club has had some outstanding athletes. With many athletes winning New Zealand Titles and being selected to National Teams.

And finally the Club has been served well by some outstanding administrators over the years including the remarkable Les Stephenson who was Club President from 1964 to 1979. His association with the Club went back to 1931 and was continuous up until his death at which time he held the position of Patron. Many of these administrators’ names are held in perpetuity through Club trophies with the likes of Digger Joyce, C R White, Charlie Weller immortalised in silver.

So as we work our way towards 2025 we understand that those that pass through the ranks have the responsibility to hold the guardianship over the Club so that we honour those that went before us and preserve it for those that come after us. It is a proud legacy and what we hope is a bold future.

Our aim is to Have Fun – Get Fit – Go Faster by running or walking. At WHC all walkers and runners are catered for, we have activities and events to suit all abilities. Age is no barrier, whether you are 4 or 84 and can walk or run you will enjoy the social and competitive atmosphere.

Join the fun on